The Prism headset utilizes 2 types of tracking, 3-DOF Orientation tracking, and 6-DOF Marker tracking. If you want to build an app without any marker tracking, the scene hierarchy will be slightly different

In the example scenes (and in the images below) the planets use Head Orientation tracking - if the user looks around the scene, the planets will appear to stay in the same spot.

3 degrees-of-freedom tracking uses the headset's orientation, but does not respond to translation -
when the user moves side-to-side, the planets will remain orbiting the headset.

Marker tracking has 6 degrees-of-freedom, meaning that the user can move around the physical tracker, and the virtual content will appear stuck to the marker

As you can see in the clip above, the two types of tracking are not exclusive - You can have 3-DOF and 6-DOF tracking work together in your scenes.

When 6-DOF marker tracking is lost, the Mira SDK hands the content to orientation tracking until tracking is found again. This way, the content does not disappear - instead, it remains at its last stable location

Current Scene Hierarchy - Where Do I Parent Stuff?

Rotational // Orientation Only (no Marker Tracking)

If you are building a rotational-only app with no tracking, open the RotationalOnlyTemplate scene and hit play - you should see planets and confetti!

Objects that are children of the MiraARCamera will inherit the camera's rotation. All other objects in the scene will remain stationary.

To start, open the WikiMiraTemplate scene and hit play - you should see planets and confetti!

When tracking, the marker is stationary at the world origin, and the camera moves and rotates around it.

To attach an object to the marker, parent it underneath the MiraTracker GameObject. In the WikiMiraTemplate scene, you will see a spiral parented there. In a single-tracker configuration, any object without a parent will behave as though attached to the marker (because the camera travels around the stationary marker). 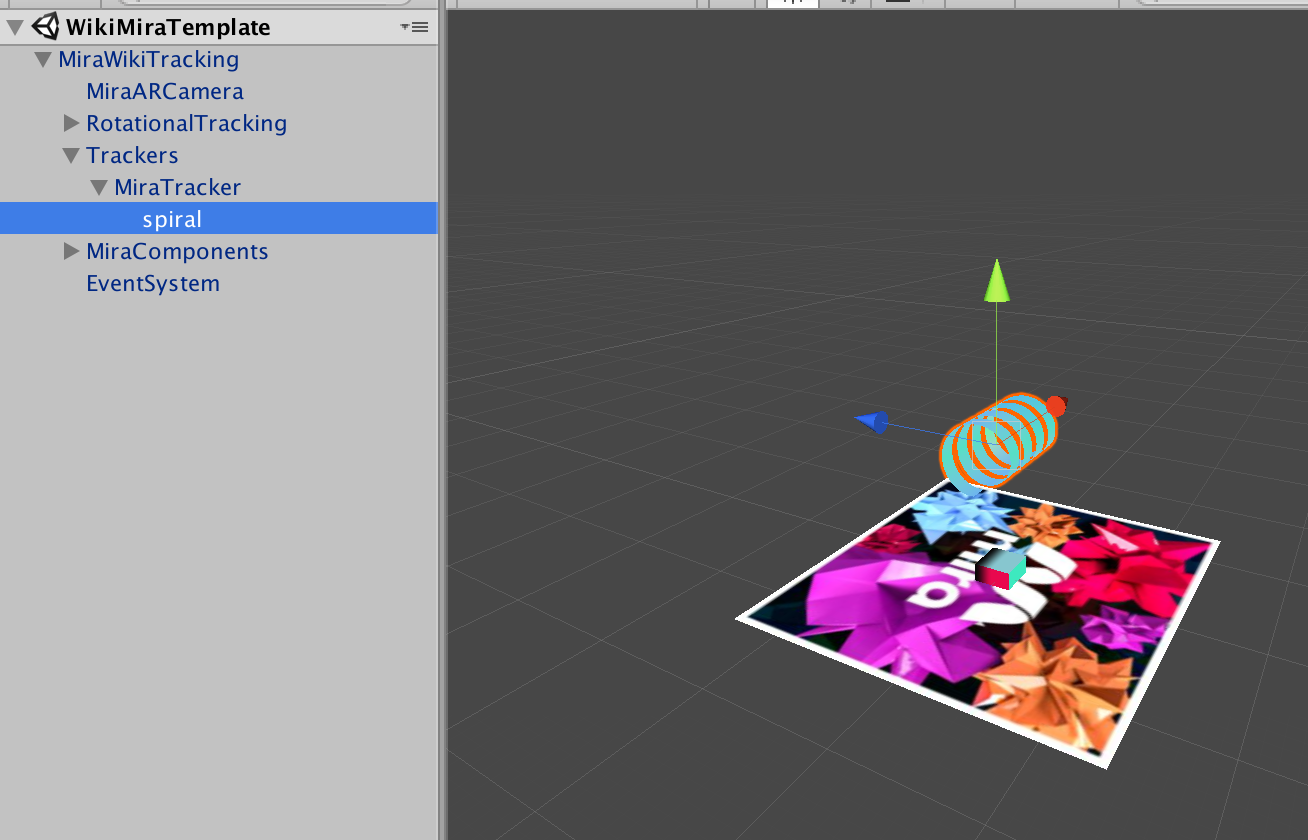 To preview the marker size, select the MiraTracker GameObject, and click Preview on the marker thumbnail 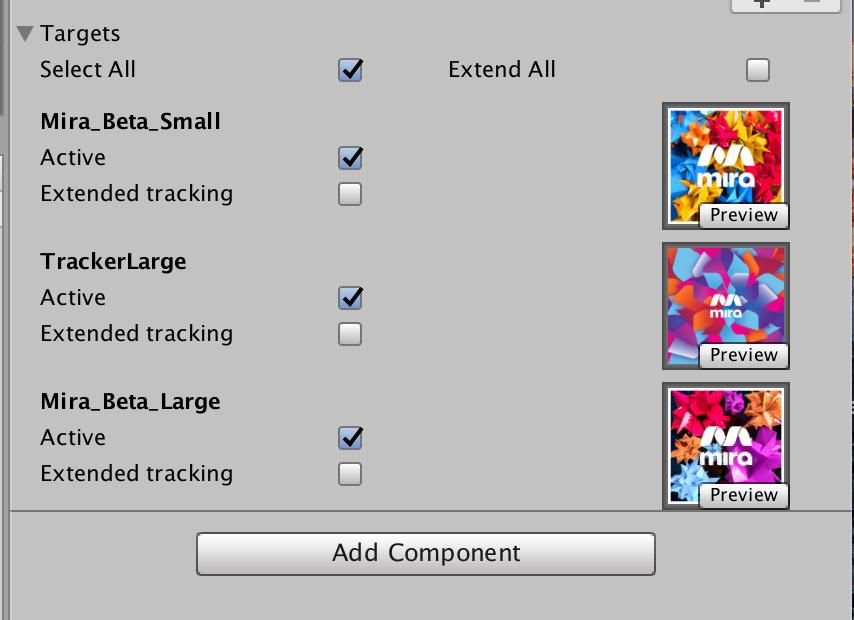 3-DOF elements in a 6-DOF scene

To have an object behave as though it's traveling with the user, it must be parented to the HeadOrientation GameObject

Updated less than a minute ago